Wertheim Pianos - imagine your home with a new grand piano! Or imagine a quality new upright piano in your music space! We have a great range for the learner to the professional musician

We deliver - Melbourne, Sydney, Brisbane ... anywhere in Australia ...anywhere in the world! 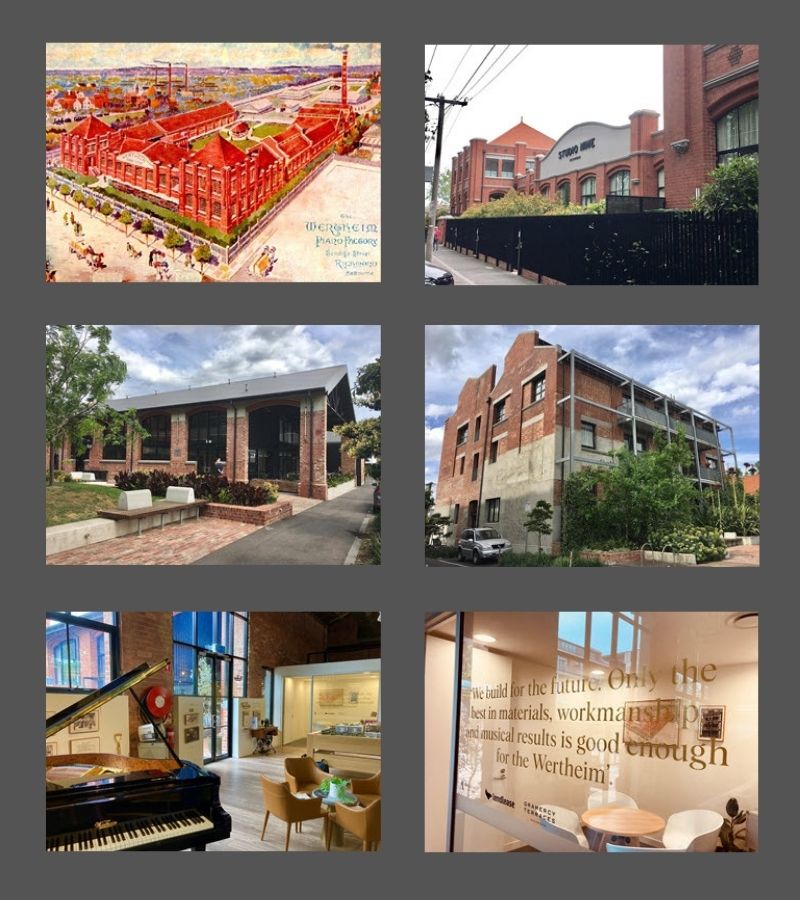 Wertheim piano is proudly Australian owned with strong German Heritage - the company was established in Germany in 1875.

Hugo Wertheim migrated from Frankfurt, Germany to Melbourne. He opened two piano showrooms in Bourke & Collins Streets, selling Wertheim Pianos that were produced in Germany. On the 21st of October 1908, he opened a state-of-the-art piano factory in Richmond, with the factory’s foundation stone being laid by Prime Minister Alfred Deakin. Wertheim pianos were the first pianos ever manufactured in the state Victoria - they were a popular, all-purpose piano, renowned for their ability to stay in tune for long periods of time and for requiring little maintenance.

The business became very successful and the Wertheim family enjoyed celebrity status in Australia. Wertheim Street in Richmond (on the northern boundary of the Bendigo Street Factory) was named in honour of the Wertheim family, and their pianos were proudly featured at the iconic Tivoli theatre and endorsed by celebrities such as Dame Nellie Melba, who was known to frequently request that Wertheim pianos be used in all her performances.

However, the Great Depression of 1929 saw a declining demand for pianos, and the Wertheim factory - once the largest piano factory in Australia - was forced to close its doors in 1935. The factory was sold to canned-food giant Heinz, who remained there into the 1950s. In 1956, the factory was taken over by Channel 9 Studios, where some of Australia’s most iconic shows – including ‘The Don Lane Show’, ‘Hey Hey It’s Saturday’, and ‘Who Wants to Be a Millionaire’ were filmed.

What Our Customers say

“I run a recording studio and bought one of John's Wertheim pianos for studio and personal use. I have been extremely pleased with the piano, with its tone, tuning stability and timbre. It is as good or better than pianos twice the price.”

“When I did my research before buying a piano I found the Wertheim grand piano had a much higher quality tone than other pianos that I listened to. I am very impressed with this piano and Piano Disc system and I recommend Wertheim fitted with a Piano Disc system as a great investment.”

Expert advice on pianos and PianoDisc