Wertheim is an Australian owned brand of pianos managed by John Martin. After 50 years in the music industry, John has owned full line music stores, managed a buying group for music retailers and manufactured and distributed Wertheim pianos.

Wertheim Pianos were originally produced in Germany from 1875 and then from  Melbourne, Australia 1908. Around 18,000 upright pianos were made in Melbourne between 1908 and 1935. They were a popular all-purpose piano often found in homes, schools and public halls, due to their reputation for requiring little maintenance. The famous Dame Nellie Melba frequently requested they be used during her performances.

The business was very successful during the 1920s. However, the 1929 Depression, the radio and a decline in piano sales saw the Melbourne factory close in 1935 and Wertheim piano production moved to an Asian factory that produced pianos for Yamaha.

The Wertheim piano brand was revived when John purchased the brand in 2002. Manufacture of the Gold Series commenced in the Young Chang factories in Tianjin (China) and Seoul (South Korea). To this day, Wertheim remains proudly Australian owned.

Wertheim Pianos are produced in state of the art factories using the best materials worldwide, including top German products in premium models. Our top class pianos for the best value are only made possible by the fantastic team at Wertheim Pianos. This team includes the world’s leading piano designer Delwin Fandrich, the hard working factory staff and many other leaders in the piano industry.

The result is Wertheim Piano customers enjoy 25% better quality, performance and value than our competitors (based on customer feedback). Many people have enjoyed the rich European tone of a Wertheim Piano, to which no other piano compares for the same price.

“Anytime’s a good time to play a Wertheim”

Performance….Quality….Value…Hear the quality… Discover the Value !!! 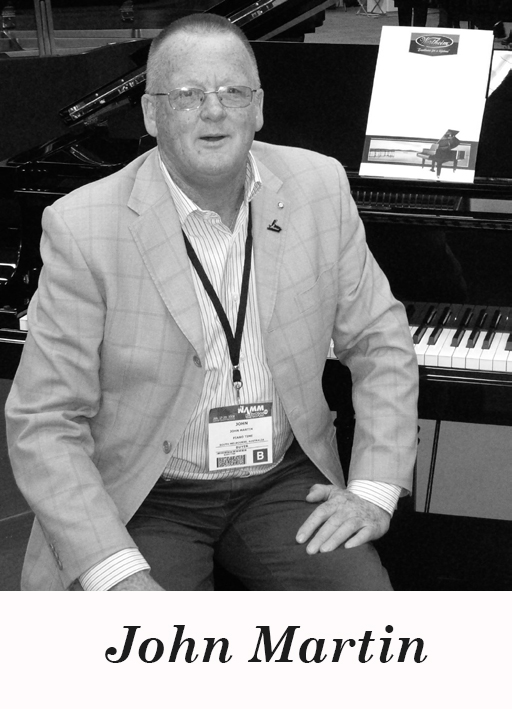